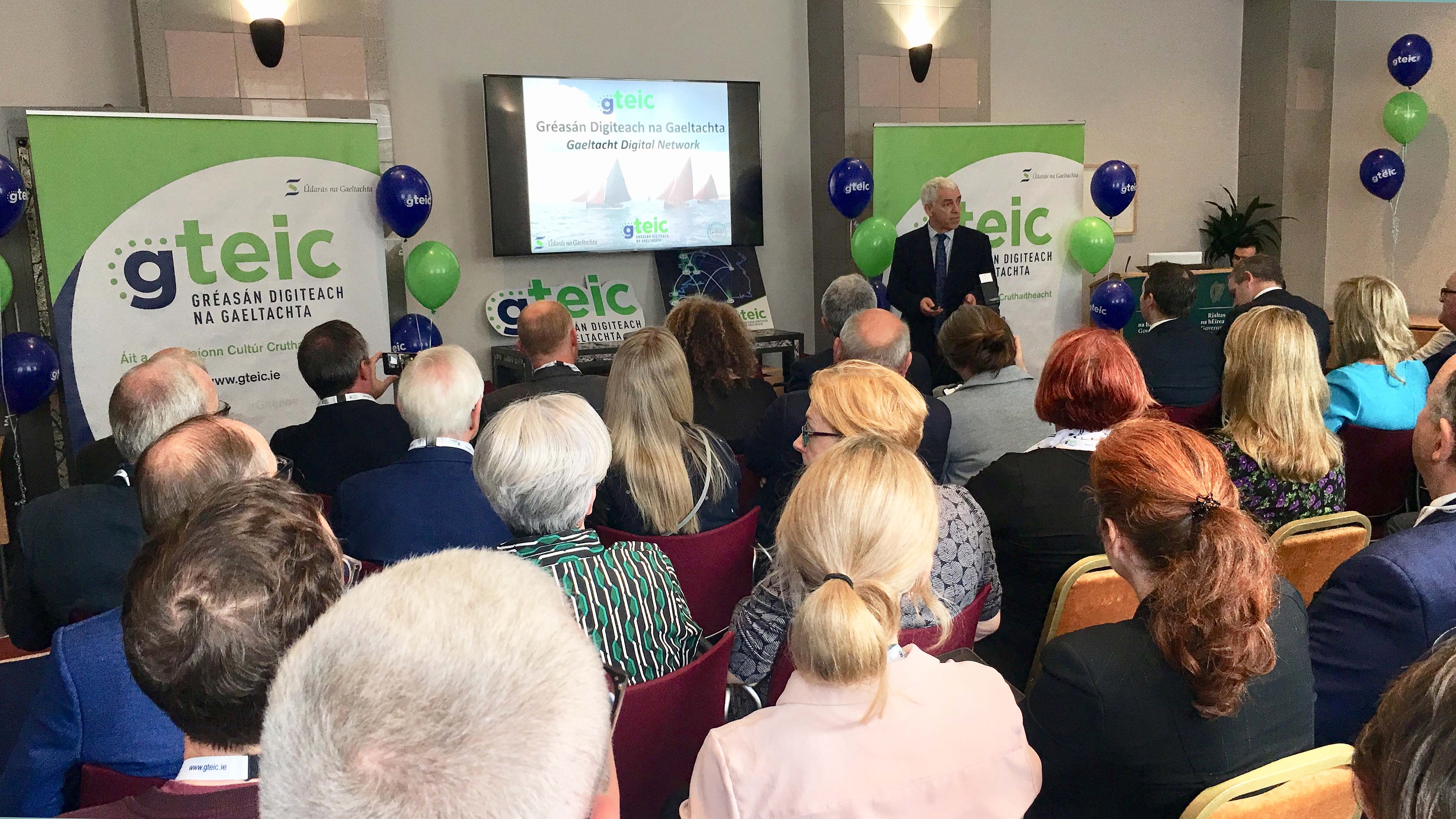 Údarás na Gaeltachta has invested over €1.5 million in the development of these hubs, with additional funding in excess of €3.5 million from the Government’s Rural Regeneration and Development Fund by year end.


To-date, seven hubs have been opened. One in Co. Donegal, in Gaoth Dobhair / Gweedore. Furthermore, a newly designed hub is on track to be completed and welcoming customers in Cill Charthaigh / Kilcar by the end of 2019. The rest are located in Béal an Mhuirthead (Co. Mayo), Carna, An Cheathrú Rua and Na Forbacha (Co. Galway), Béal Átha an Ghaorthaidh (Co. Cork) and Daingean Uí Chúis (Co. Kerry).


gteic is one of the five key initiatives included in the Údarás na Gaeltachta Strategic Plan 2018-2020. According to Mícheál Ó hÉanaigh, these hubs will provide a vibrant network of high speed broadband facilities in rural Gaeltacht areas to stimulate job creation, to assist remote working, to encourage and enable the return of Diaspóra na Gaeltachta, to facilitate concept development and new business and to develop a community of hubs where the unique Gaeltacht culture drives creativity and innovation.
About gteic Gréasán Digiteach na Gaeltachta
gteic is a network of 31 innovation & digital hubs with high speed broadband being developed by Údarás na Gaeltachta in locations throughout Ireland’s Gaeltacht Area.
The innovation hubs are to be dotted along the majestic Wild Atlantic Way, not only in Donegal, but also in Mayo, Galway, Kerry and Cork in addition to Waterford and Meath in Ireland’s Ancient East. Six Gaeltacht islands also form part of this growing digital ecosystem to support the sustainability of these communities and off-shore islands.

The gteic hubs, tailored to suit each unique location, will include hot desk and shared space facilities for remote workers and eworkers in addition to fully equipped office spaces and incubation units with high speed internet access to facilitate innovation and concept development. These hubs will help people who wish to develop a business concept and will provide access to Údarás na Gaeltachta’s range of mentoring and business supports also.