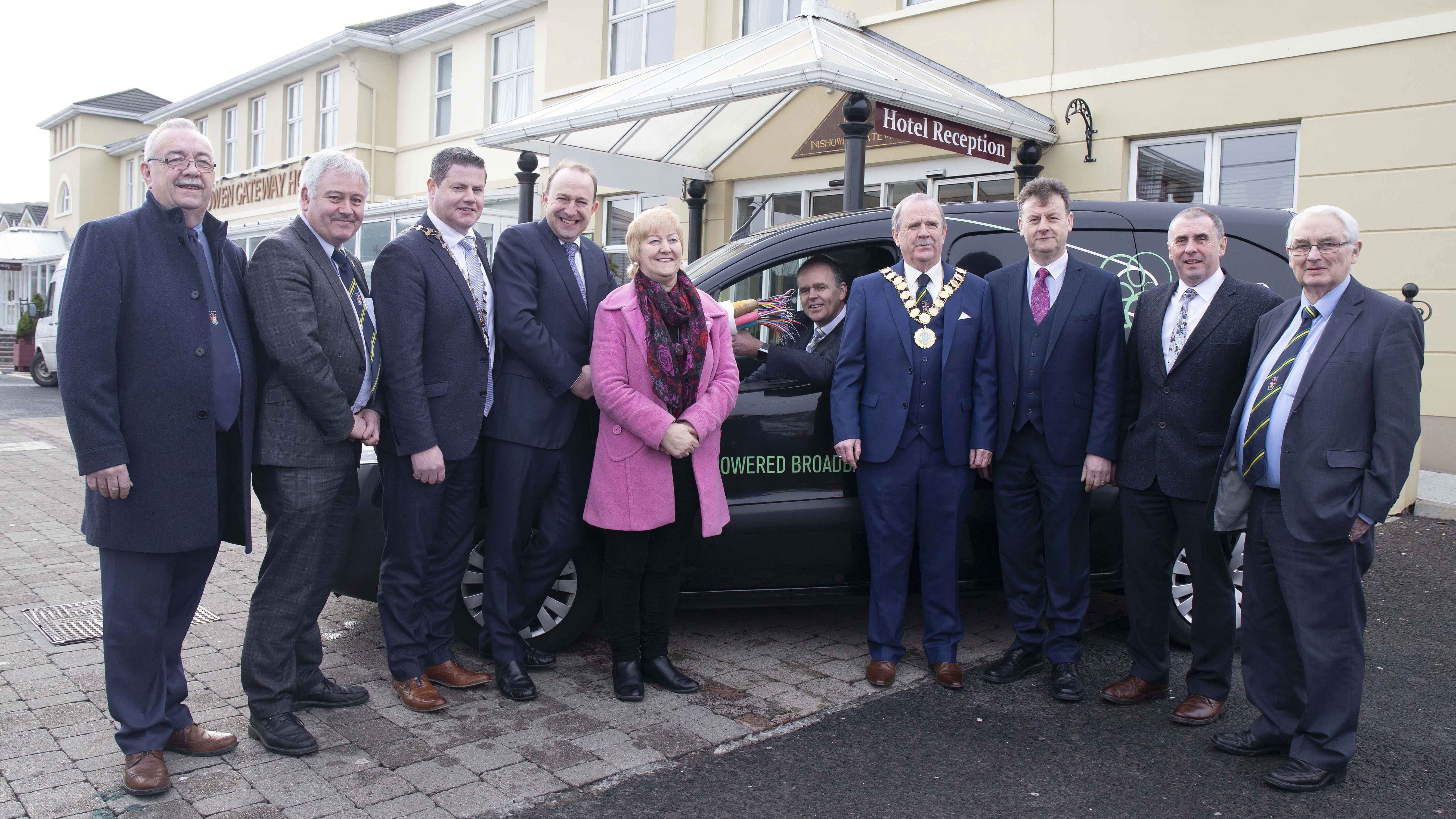 Donegal County Council has worked with Government, Telecommunications Service Providers, the EU and others to encourage investment in the provision of high speed resilient backhaul and end user telecommunications services. Cathaoirleach Cllr. Seamus O’Domhnaill stated that, "the announcement, which will see a further 14,000 premises passed throughout County Donegal in addition to the 11,000 premises already passed by SIRO in Letterkenny, marks an important milestone in Donegal County Council’s journey over the last 20 years". He added that all those years of effort are now paying significant dividends and Letterkenny has developed a very substantial digital cluster supported strongly by high speed telecommunications services, including direct connectivity to North America. "Now the sixth largest FINTECH cluster in Ireland, our objective is to grow the Letterkenny cluster even further but also to extend it out to other parts of the county".
Digital strategy in Donegal
In addition to prioritising high speed broadband roll-out, Donegal County Council is leading out on the implementation of a Digital Strategy for County Donegal. Brian Boyle, Head of Information Services with the Council explains that, "Donegal Digital is a unique Inter-Agency project led by the Council with active engagement from Enterprise Ireland, the IDA, Udaras na Gaeltachta, Failte Ireland, Letterkenny Institute of Technology and Pramerica. Strongly supported by ERNACT, Donegal Digital is promoting a range of ICT & digital initiatives to drive innovation, economic development and job creation in the county".
One project of note is the creation of a network of Digital Innovation Hubs county-wide, including a very substantial facility on the site of the former Town Council offices in Buncrana. "The Inishowen Innovation Hub is of strategic importance to the entire Inishowen peninsula as it will provide a range of innovation, technology transfer and digital enterprise support services to potential start-ups, and existing businesses in the region and it is expected that construction of this new hub will start in the coming months", adds Mr Boyle.
Another Donegal Digital initiative is the provision of public wifi. Work is underway on planning the deployment of free public wifi services throughout Donegal following the recent announcement under the Wifi4EU Scheme at the end of last year. Brian Boyle believes that "as well as providing a key public service, the provision of wide scale public wifi delivers a message about our intent as a county to embrace digital technologies to drive social and economic development".
Regarding the Digital Strategy in the county, Cathaoirleach Cllr. Seamus O’Domhnaill added that "none of these initiatives can happen without high speed broadband, and in that context, I want to thank the team at SIRO for their investment in and commitment to Donegal and we will continue to work with them to hopefully carve out other potential projects downstream as we strive to implement our Donegal Digital vision for the future".