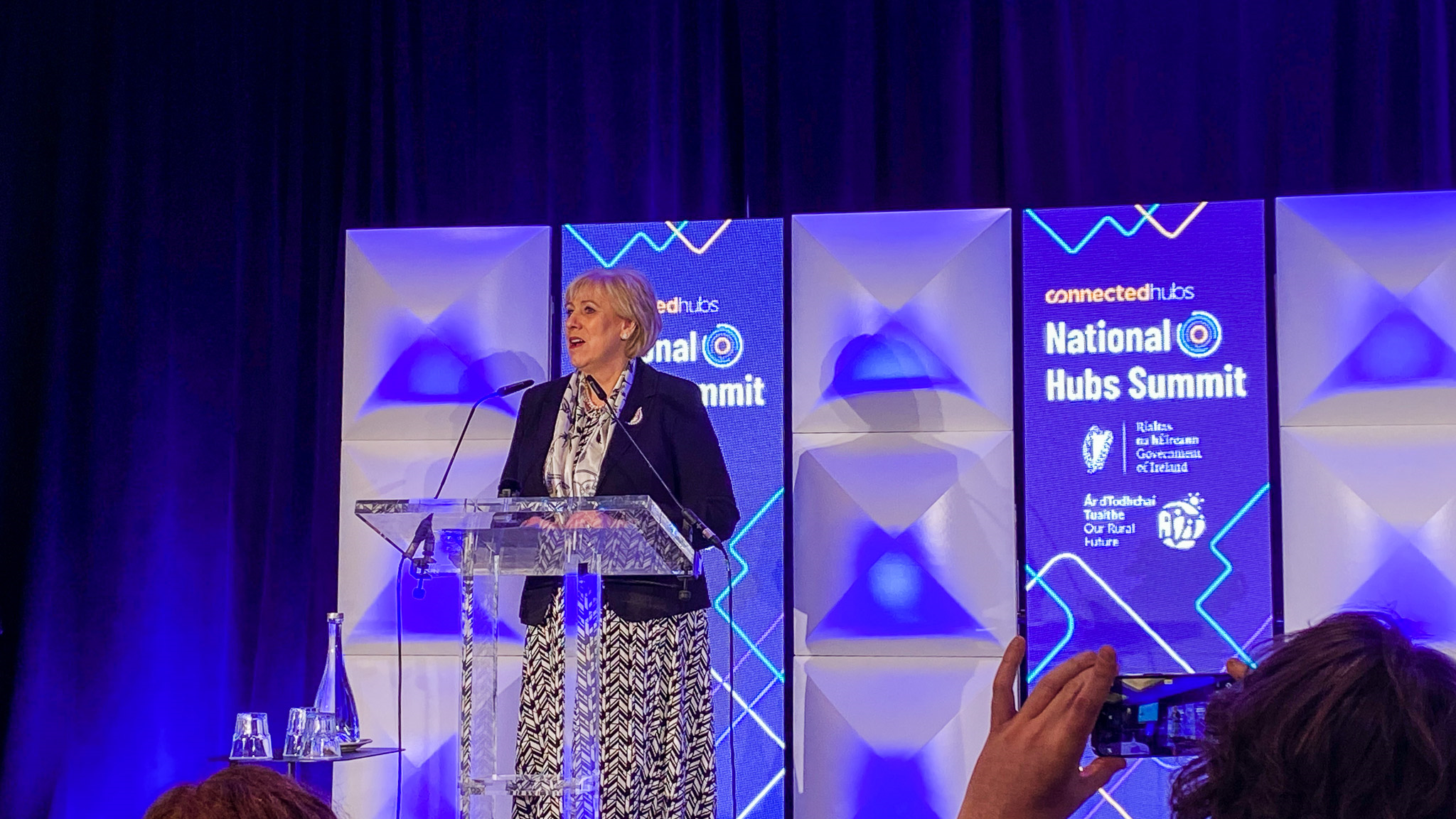 Minister for Rural and Community Development, Heather Humphreys, made a series of announcements in support of Remote Working when she launched the first National Hub Summit last Thursday at the Sheraton Hotel in Athlone.

This Summit saw over 200 hub managers attend not even 18 months after the launch of the Connected Hubs platform which now has 295 hubs across Ireland registered on the platform.

Minister Humphreys stated at the launch of the National Hubs Summit:

It’s hard to believe that less than three years ago, Remote Working was nothing short of a concept in Ireland. It’s now an everyday reality for thousands of workers and businesses, across this State. We have made extraordinary strides in terms of remote working. My Department alone has invested over €100 million in developing state-of-the-art remote working facilities in every county in Ireland. The number of facilities on board ‘Connectedhubs.ie’ is now set to hit the 300 mark. Many of these are old courthouses, garda stations, schools and other vacant or derelict buildings that have been re-purposed and are now central to the remote working revolution.

And our voucher scheme, which gives people a ‘three day taster’, has been a great success.

One of the most powerful elements of the ConnectedHubs Network, is the community we now have right across the country. This Summit is a key milestone bringing hub managers together with policy makers, state agencies and senior Government officials to plan our next steps for the National Hub Network together. That collaboration will help to sustain the network in the long term and help to revitalise towns and villages across the country.

The network of enterprise centres and hubs in Ireland are vital for regionally balanced economic and employment growth in Ireland.  Enterprise centres funded through Enterprise Ireland concentrate on the provision of spaces for entrepreneurs, start-up companies, support for digitalisation and innovation as well as scaling.