Great success story for CoWork Plus Carndonagh in Donegal 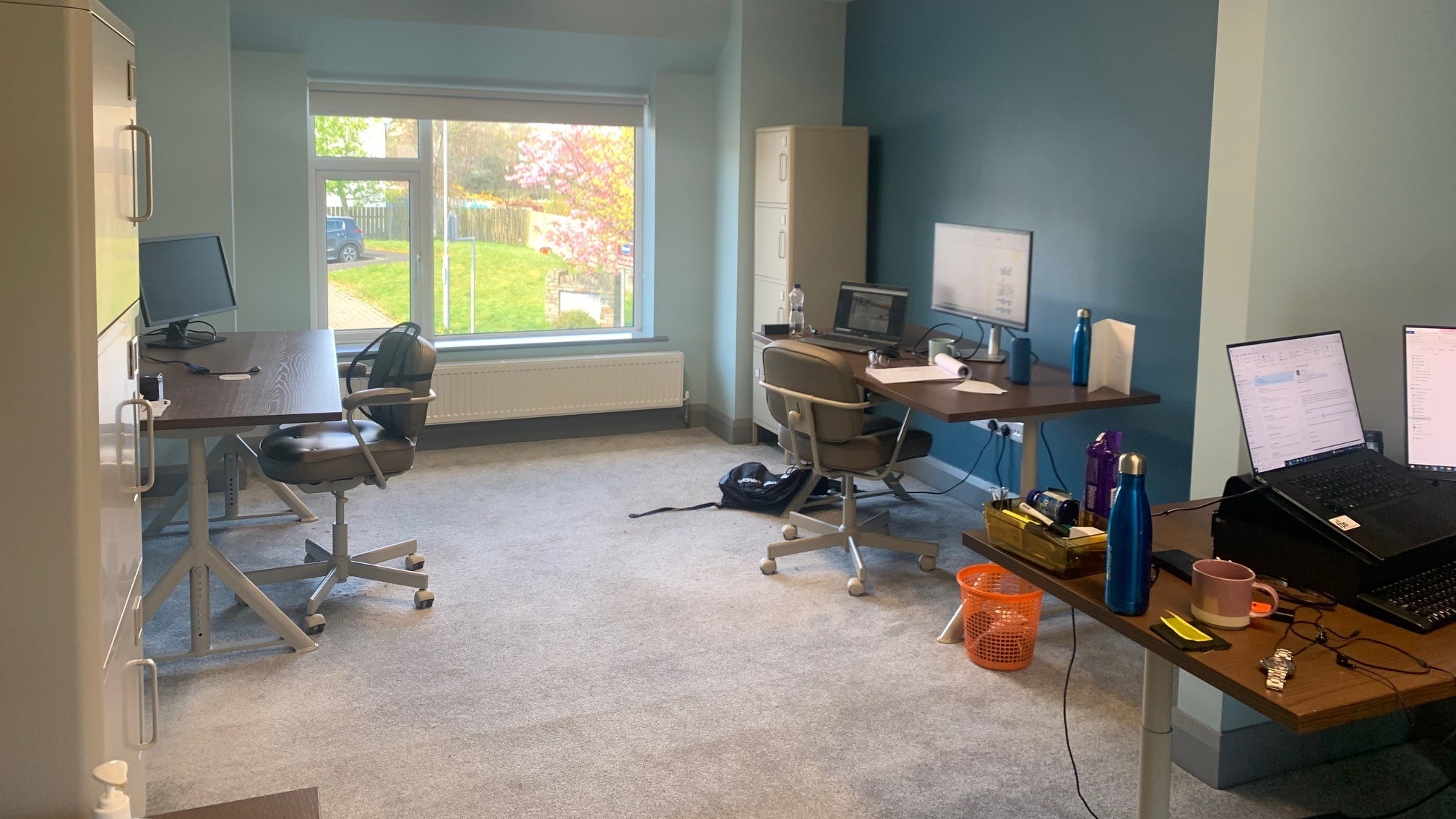 What a great success story from CoWork Plus Carndonagh, one of Donegal’s Digital Innovation hubs. A Dublin-headquartered company, Fire Protection Specialists (FPS) have three jobs now based in Carndonagh. The hubs manager Carlene Lyttle highlights this story as a part of Spraoi’s 2021 Annual Report.

FPS specialises in the installation of fire protection systems for projects throughout Ireland, in the UK, Holland, and Denmark. Brendan managers the commercial aspect of the business and during the pandemic, “grew exponentially through increased work with pharmaceutical companies and data centres.”

“The expanded workload was a challenge when working from a small home office. The lack of distinction between work and family time, had a negative impact for many people during the pandemic, including Bernard”, explains Carlene. In response, FPS planned, to move Bernard out of his home into a professional office space, and to source help with the increased workload.

“The CoWork Plus hub, run by Spraoi in the centre of Carndonagh, became the ideal home for FPS. With the European wide range of projects, their work is through the cloud, downloading large raw data files, so high speed broadband is essential. The broadband in Spraoi’s co-working hub is faster than the company’s Dublin headquarters. When the senior management team came to visit their ‘Northwest Hub’, they were impressed by the standard of the office”, she continues.

FPS recruited for a position to be based alongside Bernard in Carndonagh. Carlene adds that, “when seeing the standard of candidates from Donegal applying for the position, they expanded the team to two additional staff. In the CoWork Plus hub Bernard moved from one desk to two when Chris joined the team, and then took a whole room when they added Rachel. Chris, is from Buncrana, and was working in Dublin before getting the job with FPS, and Rachel was working for PWC in Belfast before making the move to Inishowen.

Donegal really gives the perfect work and life balance and this success story highlights this for the CoWork Plus Hub in Carndonagh. “The team in Carndonagh is considered the success of the company with a staff team that are consistent, committed, and enthusiastic. FPS would look to recruit in the Northwest when there are more management roles to be fulfilled. For Bernard the benefits of the CoWork Plus Carndonagh hub are clear. It is a great space from which to offer remote working and through providing a base for professional jobs it provides more employment locally”, she concludes.