Pangea a Global Company setting EU Base in Dungloe Gaeltacht 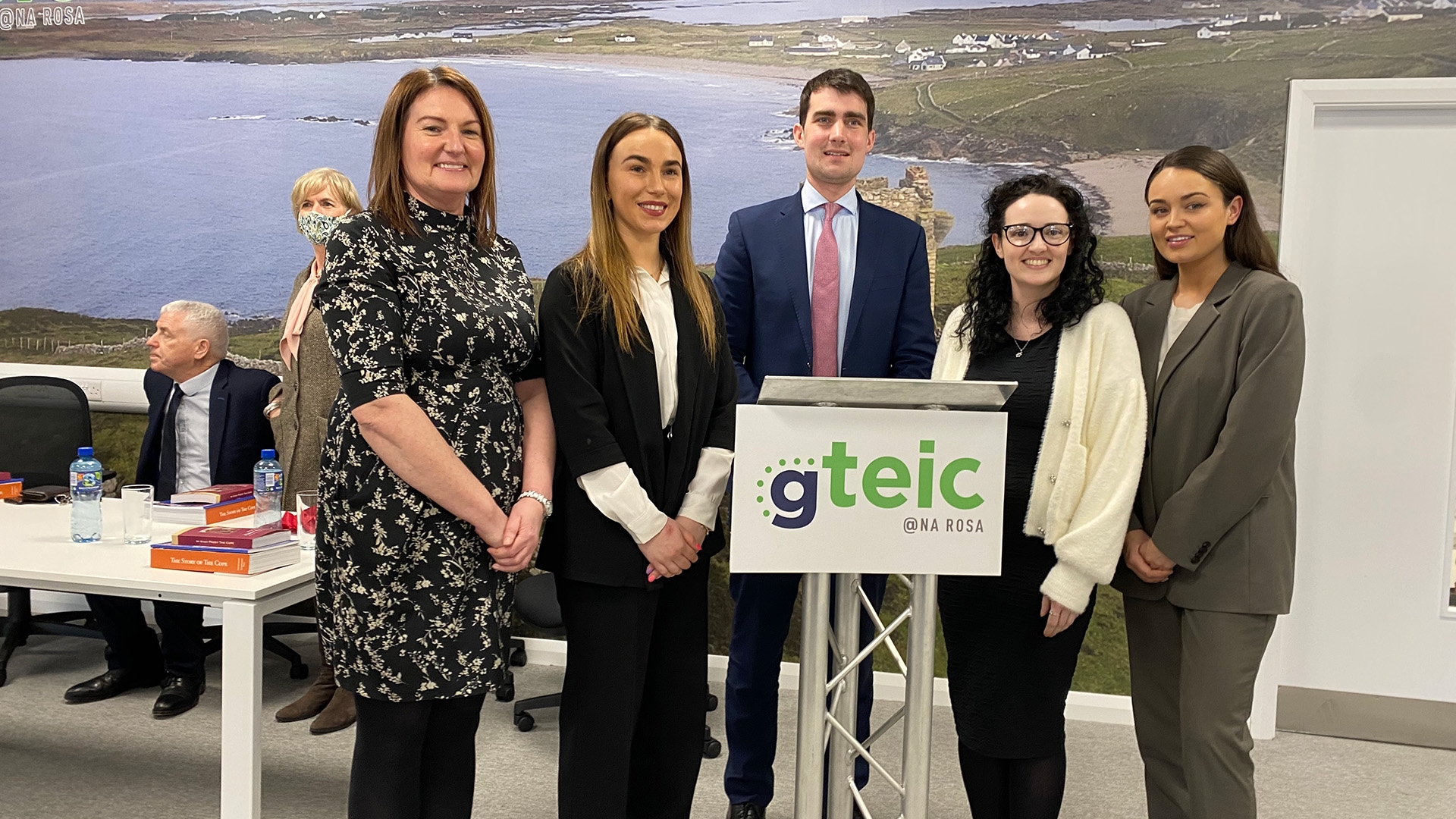 Pangea a leading technological company have decided to make gteic@Na Rosa in Dungloe their new EU base. This is greatly welcomed by Údarás na Gaeltachta as the company is contributing to the flourishing gteic digital network in Donegal and throughout Ireland’s Gaeltacht areas.

The company’s presence in An Clochán Liath will enhance businesses in the main town in the Na Rosa Gaeltacht in Donegal. The town also recently had its Gaeltacht Service Town Language Plan approved which will further bolster language-based activities in the area enriching both the community and businesses there.

Pangea have also announced that they have plans to triple its staff numbers at the recently launched digital hub over the next two years. Pangea is a technology platform company which offers extensive experience in a range of fields, including international business growth, and partners with tech companies from around the world to accelerate their global expansion.

Anna Ní Ghallachair, Chairperson of the Board of Údarás na Gaeltachta welcomed the announcement by Pangea:

“On behalf of the Board, I’d like to congratulate Pangea on establishing its EU base in An Clochán Liath in the heart of the Donegal Gaeltacht. The establishment of such a global company in the gteic network is an indication of just how valuable the digital network is to communities, businesses and the Irish Diaspora throughout the Gaeltacht.”

“We recognised the value in partnering with Údarás na Gaeltachta in identifying the perfect location for our new office in gteic@Na Rosa and its support in the recruitment process has been second to none. The organisation has been with us every step of the way and I strongly believe that the success of our new office, and our growing number of highly skilled employees is in part as a result of the services offered to us by Údarás na Gaeltachta and the local community.”

“Pangea’s commitment to establishing its EU base here in the heart of the Donegal Gaeltacht is a further vote of confidence in the flourish gteic network. It is a great example of how a remote location doesn’t hinder businesses from growth and development opportunities. The gteic network also provides tangible prospects for remote working and empowering the Irish Diaspora to return home to Gaeltacht areas.”

Pangea works with some of the most ambitious firms in the market, and have quickly proven that their business model is a success, culminating in a growth of 300% last year, the company has set-up offices in all of the major markets in Europe, the UK and the US, with plans to expand into Asia in the near future.