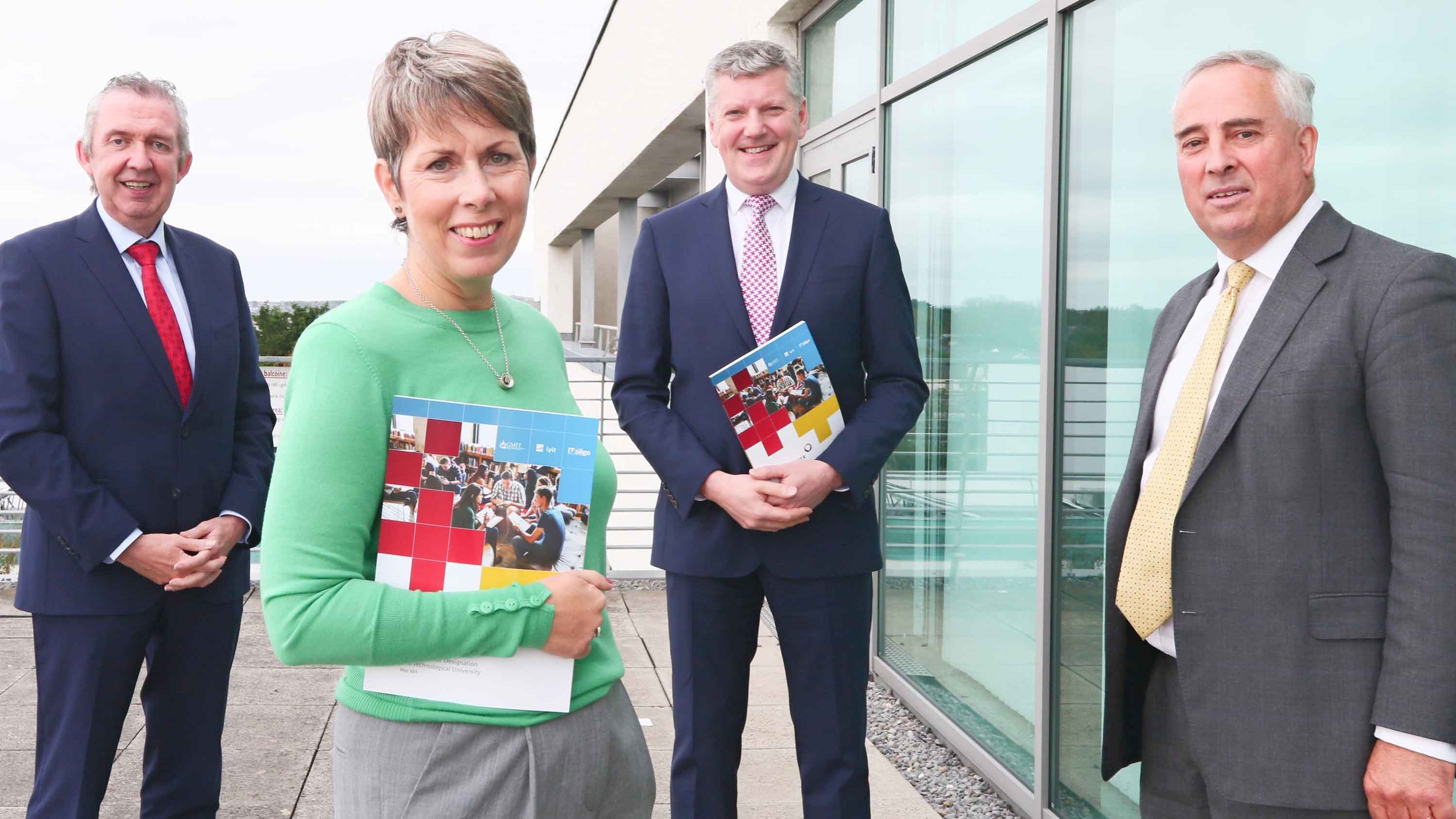 The Presidents of the three institutes of technology in the Connacht-Ulster Alliance (CUA) have warmly welcomed today the announcement by the Minister for Further and Higher Education, Research, Innovation and Science, Simon Harris, TD, that GMIT, LYIT and IT Sligo have together been approved for designation as a Technological University (TU).

This is an historic day for the three institutes as the eight campuses of the CUA collectively take a step closer to becoming a TU in the region stretching from north Donegal to south Galway, with many of those locations set to become university towns for the first time. The new TU will offer almost 600 academic programmes from pre-degree to doctoral level to a student population of 20,000+ students supported by over 2,200 staff.

“I want to congratulate the Connacht-Ulster Alliance for their work in reaching this landmark day. This is a fantastic day for higher education in the West and North West region, providing for the establishment early next year of a multi-campus university presence across the region, encompassing eight locations in Castlebar, Galway City, Killybegs, Letterfrack, Letterkenny, Mountbellew and Sligo", stated Minister Harris.

Welcoming Minister Harris’ announcement, the three presidents, Dr Orla Flynn, President of GMIT, Paul Hannigan, President of LYIT, and Dr Brendan McCormack, President of IT Sligo, said: “The new TU will transform the educational landscape of our region, building talent, driving innovation, research and development and propelling us onto an international stage."

According to Dr Seán Duffy, CUA Executive Project Lead, today’s announcement is the culmination of many years of work by students, staff and stakeholders across the CUA. "It is a testimony to the calibre of our staff and the spirit of collaboration that has developed between CUA colleagues which will serve us well as we prepare for the next phase of the TU development."